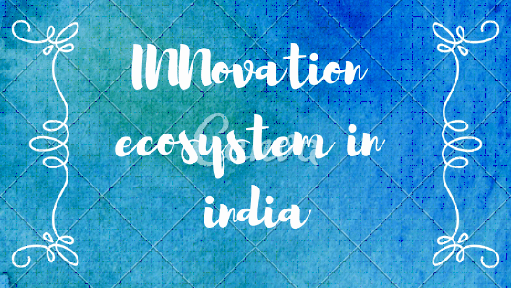 The Global Innovation Index (GII) 2018 has ranked India as the 57th most innovative nation among 126 countries based on 80 indicators, ranging from intellectual property filing rates to R&D, mobile application creation, online creativity, computer software spending, education spending, scientific & technical publications and ease of starting business. The country has improved its ranking from 60th position last year. India has been improving steadily since it was ranked 81st in 2015. Meanwhile, China improved its ranking from 22 in 2017 to 17 this year. As the second most populous country in the world and the fastest growing economy, there is plenty of opportunity for innovation in India. Indeed, it has been a political priority and therefore Indian Government has already been declared 2010-2020 as the “decade of innovation”. However, despite an environment conducive to innovation, much of it is focused in few industries such as the pharmaceutical and automotive industry. Innovation is also concentrated in a relatively low number of states; for example 70% of all incubators can be found in 6 out of the 29 states in the country.It is also true that  Indian in-formal innovation sector does not get captured properly under the current GII evaluation indicators hence it is required to align this in-formal Innovation system with evolving new innovation indicators . In a recent Spotlight blog by Nesta following five priority areas are outlined for scoping the Indian Innovation ecosystem :

Innovation is a political priority for the government and is recognised by most government departments as necessary for economic and social growth. In practice, there is no single leader for coordinating or driving innovation in the country. Many efforts to set up incubators and funds do exist but duplication of efforts has been observed, and there is a need for better coordination. A key priority remains how innovation in R&D can be commercialised, hence the need to strengthen the links between public and private sectors.

In terms of coordination, several departments have implemented public-private innovation partnerships. BIRAC is one example, where biotech enterprises align their research efforts with national needs. There are also a number of flagship programmes launched by the Department of Industrial Policy and Promotion such as Startup India and Make in India which aim to drive innovation in the country. There is a wealth of initiatives launched by ministries including hackathons, smart cities, skilling programmes, tinkering labs and so on; many of these are new and their impact is yet to be fully evaluated.

2. Get the young population innovating

More than half of India’s population is under the age of 34 and the number of people taking up research as a career is on the rise. To enable access to STEM education there are a number of loan schemes and scholarships available to enrol into both private and public institutions. India’s culture of research is reflected by the fact that it has the second largest number of STEM graduates globally.

Academic institutions are dominated by teaching universities which carry out little research, limiting the pipeline of qualified faculty who do research. This has various implications including a high pupil:teacher ratio in higher education and low numbers of full-time researchers when compared to countries like China and the UK. Upskilling the workforce with formal vocational skills is a key priority too, and this is challenging when a third of young people are not in education, employment or training.

An area where India needs to stimulate research and development is in the higher education sector. Historically India has focused on scientific investment based in industries such as pharmaceuticals. Technology has received far less attention and as a result engineering skills are underrepresented. Generally, Indian universities do poorly in global rankings, and the Government of India recognises that these are not fulfilling their research potential.

In response, India is developing a  new education policy. The framework for this includes a nationwide consultation and input from citizens online. The consultation themes include promotion of research and innovation; and how to better link education and industry in order to improve employability.

4. Make it easier to innovate everywhere

A key way in which India has increased its knowledge assets is through mergers and acquisitions of companies abroad, in a range of sectors including aerospace, automotive, and software. To boost innovation more of this knowledge needs to be produced internally. There isn’t enough integration between industry and academia, resulting in a relatively low publication output and little knowledge sharing taking place.

There is also a backlog of patents and the domestic patent application process has been historically cumbersome for entrepreneurs. As in many other countries, opportunities for innovation are skewed towards the city, with 80% of startups and incubators concentrated in three cities.

Reforms have made filling for intellectual property rights more simple through ‘patent facilitation centres’ and the introduction of subsidies and other incentives. India also set up the Global Innovation and Technology Alliance and Centres of Excellence which aim to maximise knowledge sharing in partnership with innovation leaders like Israel, Finland, Germany and Japan.

Innovation in India is characterised by the emergence of low cost innovations suitable for a country where 70% of the population live in rural areas. Low-cost innovations in resource-constrained environments such as the Mitticool fridge (a fridge made of clay which requires no electricity) respond to necessity; frugal innovation is an area where India continues to lead in. Nesta has previously reported on how this is a unique specialism of the Indian system and gives it a unique competitive advantage.

This needs to be carried out in a coordinated fashion through programmes such as The Honey Bee Network, which is supported by the government of India; its aim is to uncover grassroots innovations and inventions and help to scale them up nationally and globally.

Want to join the discussion?
Feel free to contribute!